Our daughter, Katya, has a splinter or two buried deep.  But really, don’t we all?

A splinter buried deep gets covered with skin, but it’s still there.  It might work itself out eventually.  Or it might get infected.  But, if it stays buried long enough, the surrounding tissue will harden holding onto to that splinter making it so very difficult to tease out.

And I’m wondering, do you have splinter buried deep?

Think back. When the splinter first penetrated, it hurt, at first.  May have even made you angry or cry. But you buried it deep, let the skin cover over. You’ve gone on with life.  And it looks like all is well.

But all is not well.

END_OF_DOCUMENT_TOKEN_TO_BE_REPLACED

The news coming out of Iraq is horrific.  And the horror of it all can be paralyzing. But rather than being paralyzed, I’d like to give you five things you can do to help Iraqi Christians starting right now.

And I mean really pray.  In Ripken’s Insanity of God and Insanity of Obedience, he tells the story of Dmitri, an imprisoned pastor who was on the verge of signing a false confession to secure his freedom.  He had been tortured and tormented for years.  Now they were lying to him telling him that his wife had been murdered and his children taken by the state.

This was too much for Dmitri. And so he agreed to recant his faith so that he could find his children.

That night he sat in his jail cell bed in despair.  A thousand kilometers away his family, by the Holy Spirit, sensed his despair and began to pray.  Miraculously, the Holy Spirit allowed Dmitri to hear the voices of his loved ones as they prayed.

In the morning when the guards arrived with the documents for Dmitri to sign, strengthened by the prayers of his family, he refused to recant.

Don’t bury your head in the sand because the news is just too horrible. Instead, learn everything you can about the situation from a variety of sources.  I choose to read the news from different outlets in an effort to find balance rather than simply accept a particular slant.

CNN – Officials:  ISIS Recruiting On the Rise in Sunni Areas of Iraq

This is hard stuff to read.  And there’s even harder articles out there, particularly ones that graphically show the atrocities being committed against children.  Be wise in what you choose to read. But don’t bury your head in the sand because the news is too painful.

How does learning help those who are being persecuted?  One way is that we become accountable to what we learn.  And we become compelled to do more than simply chalk this up as another Middle East crisis.

Another very real possibility is that as you learn, you discover that there is something that you are especially equipped to do.

And a final possibility is that in the aftermath, when communication channels open or refugees land in your community, your understanding of the situation will be an encouragement to those who have endured. Learn. 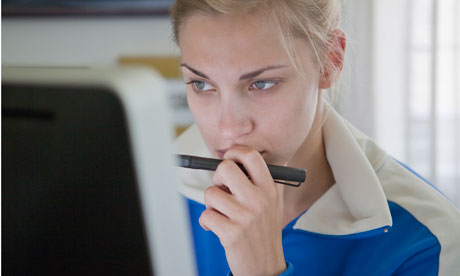 Social media gives us all the ability to share what we learn.  When you find an article that is particularly insightful, post it on your social media outlets.

But don’t just share what you learn on social media, share it in person, in your small groups, Bible studies, prayer groups.

Sometimes we don’t talk about what we’re learning because we don’t know what to do about it.

I’m thinking about King Jehoshophat.   He didn’t know what to do either.  An army threatened the nation of Israel. They had the firepower to eradicate them and the drive to do it. When the king got this report, rather than going off by himself or pretending the situation wasn’t real, he gathered the people together.

In prayer, he shared the reality of the situation.

“But now here are men from Ammon, Moab and Mount Seir, whose territory you would not allow Israel to invade when they came from Egypt; so they turned away from them and did not destroy them. See how they are repaying us by coming to drive us out of the possession you gave us as an inheritance. Our God, will you not judge them? For we have no power to face this vast army that is attacking us. We do not know what to do, but our eyes are on you.”

What if we gathered together and rather than simply sharing a prayer request for this situation we shared IN PRAYER and then looked to the Lord for what we should do?  What might that be like?

In social media and in real life,  share what you learn.

Stand with our Iraqi brothers and sisters as they are experiencing their very own holocaust.  ISIS spray painted the homes and businesses of thousands of Iraqi Christians with this symbol.

The symbol is the Arabic letter “N,” which is short for Nasrani, which means Christian.  Some are saying it’s a pejorative term. Regardless, it marks the families and business owners for persecution, and possibly death.

ISIS means to threaten and shame, but when we stand with our Iraqi brothers and sisters by changing our Facebook profile picture to this symbol,

we are showing not only solidarity, but according to the Catholic blog Rorate Caeli, we are shining a message of hope.  “You may kill our brethren and expel them but we Christians will never go away.”

Stand with your Iraqi brothers and sisters.

And give sacrificially.  The men, women, and children who have been able to escape have nothing, often less than nothing.  They don’t have water, shelter, food, and they have suffered incalculable loss.   The news outlets are telling us that the situation is “even worse than we thought.“

The U.S. is dropping food and water, but from 15,000 feet without parachutes.  The supplies hit the ground and explode on impact.

Some Iraqi army helicopters are making their way in to deliver supplies and rescue maybe 20 refugees at the time. But they can’t do nearly enough.

International Rescue Committee.  Their focus is water, sanitation, and hygiene for those who have fled to the Kudistan region.

The UN Refugee Agency.  They are on the ground providing help.

International Mission Board.  “Help respond to Iraq’s refugee crisis by donating to IMB’s general relief fund or by texting imbrelief to 80888, which will donate $10 to that fund.”

There are more organizations out there.  If you have a favorite that you trust and support, please leave the link in the comments so that others can read about it too.

The news coming out of Iraq is horrific.  And our tendency is to get overwhelmed and do nothing.  Rather than doing nothing, would you do something today to help Iraqi Christians?

Do you have more ideas of how we can help Iraqi Christians?  Please leave your suggestions in the comments.  Thanks so much!

So, my daughter, Adelyn, is pretty talented.  All the kids are, actually, but Adelyn is particularly talented in all things beauty.  And she has a particular knack for blog design.

Actually, I heard her laughing today while tweaking.  She told me she was laughing at HTML code.   I don’t understand.

Elegant and clean is her preference.  And that works well for me.

So, let me know what you think about Adelyn’s “more than tweaks.”